“On December 7, 2014, Raisebor, a division of Cowin & Company Inc., completed a 26-foot-diameter raise bore shaft to a depth of 1,440 feet, the largest diameter raisebor ever in North America, and appears to be the largest in the world. Raisebor performed the record-setting feat at the Jim Walter Resources No.7 mine near Brookwood, Alabama, using an Atlas Copco Robbins 123R raise boring machine and multi-modular wing system (MMWS) reamer.” 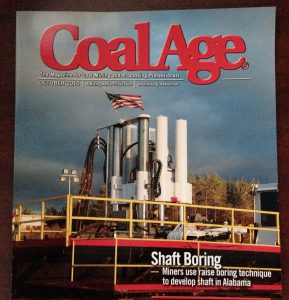